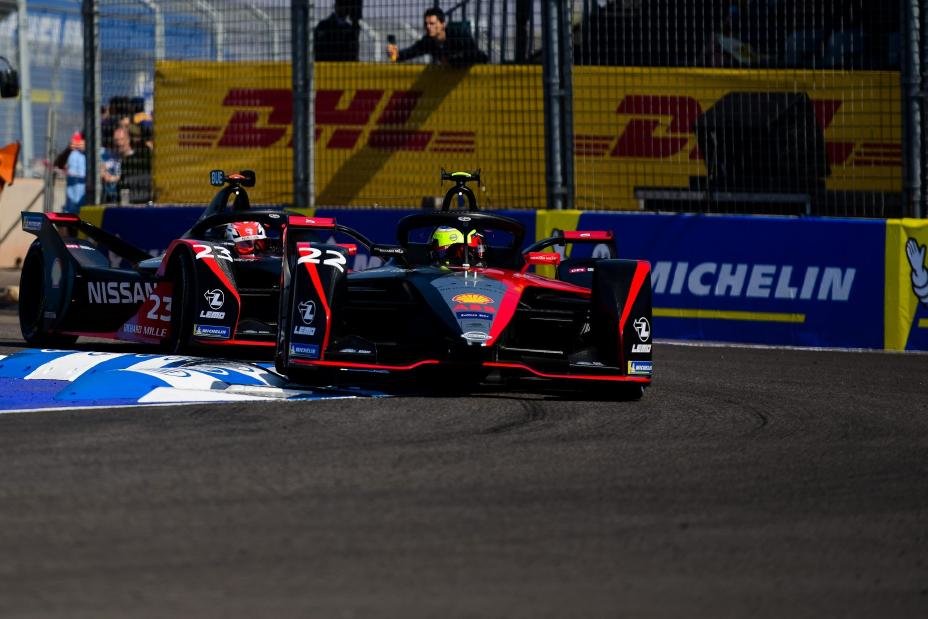 Nissan e.dams drivers Sebastien Buemi and Oliver Rowland will soon be back on the track, as the team gets ready for the ABB FIA Formula E World Championship official preseason test in Valencia, Spain, this weekend.

After two strong seasons together, Buemi and Rowland are set to once again demonstrate the power and performance of Nissan’s zero-emission EV technology during the 2020-21 season of the all-electric street racing series.

Nissan e.dams finished second in the 2019-20 teams championship, scoring one victory, five podiums and a pole position. The strong finish, in Nissan’s second year in the championship, has given the team confidence ahead of the four-day preseason test beginning Nov. 28.

“It wasn’t long ago that we celebrated our second place in the teams championship,” said Tommaso Volpe, Nissan’s global motorsports director. “Now we look forward to 2021. There’s always a great deal of work to do at this test, and we’ll be looking to build on our previous speed and success. We’re competing at the pinnacle of electric racing, and we’re also here to help develop Nissan’s all-electric road cars — the all-new Ariya SUV crossover being the latest. Through racing, we’re always building our EV expertise, from the road to track and vice versa.”

The second-generation Formula E race cars first seen in season five will be on the track at the Ricardo Tormo Circuit in Valencia on Nov. 28, 29 and Dec. 1, with Nov. 30 reserved for global media activities. The first and second test days are split into two sessions, with a morning session from 9 a.m. to noon and an afternoon session from 2-5 p.m. The third and final preseason test day runs from 9 a.m. to 3 p.m.

Nissan e.dams team principals Olivier and Gregory Driot issued this joint statement: “Although the coronavirus pandemic presented many challenges in the 2019-20 season, we pulled together as a team – and with a powerful late surge, we took second in the teams championship. Determination and commitment are at the core of Nissan e.dams. With Seb and Oli racing for us again this season, we have the drivers, cars, and team to push for wins and ultimately success in the teams and drivers championships.”

The seventh season of the ABB FIA Formula E World Championship is scheduled to begin Jan. 16 in Santiago, Chile.

Showcasing the power of Nissan EVs

Nissan was the first Japanese manufacturer to enter Formula E in 2018. The brand entered the series to showcase its Nissan Intelligent Mobility vision and bring the excitement of Nissan’s EV performance to racing fans worldwide. The 2020-21 season will be Nissan’s third and comes at a time when the company prepares to start production of the Nissan Ariya all-electric crossover SUV. It also coincides with the 10th anniversary of the Nissan LEAF, the world’s first mass-market electric car.

“Last season was interesting and ultimately successful for the team. With each season, the team gets stronger and more experienced, and I can’t wait to race again in Santiago. We were fast and consistent last season, so as we build on that for 2021, I feel confident we can take some more wins. I’m looking forward to seeing everyone in Valencia and getting back in my Nissan e.dams race car.”

“I took my first win for Nissan e.dams at the penultimate round of the season finale. Our team performance at the end of last season shows that we are fast, efficient and consistent. The test in Valencia gives us plenty of track time to refine our race car. As a team, our confidence continues to grow – so bring on season seven!”